The Amethyst Biomat system uses the most recent technology to help relieve pain, plus restore balance and energy in your body by using Negative Ions and Far Infrared Rays. The team that is behind the Biomat Amethyst is serious about building a product that works as intended, which is why it its members include highly experienced engineers, medical professionals and scientists. The Biomat Amethyst isn’t some gadget that you would see peddled during late-night infomercials. It is a Class 2 registered FDA device, that has been considered by various insurance companies to be a legitimate treatment for pain and other ailments of the body.

You simply won’t find a comparable product anywhere else. The Biomat is the only device which puts together the power of Amethyst crystals, Negative Ions and Far Infrared Rays to heal your mind, body and spirit. It can restore your life force energy, clear blockages and assist your body to heal itself.

The Biomat gives the body an environment in which it is able to dispose of acidic waste like it is supposed to. When acidic waste is gone, the body can have its vitality completely restored. If your muscles are sore and tired, using the Amethyst Bio-Mat will provide a unique soothing sensation, as its dry heat not only warms your skin, but it is also able to penetrate directly into tissue to give a profound massaging effect.

State-of-the-Art Technology for the New Millennium

Many insurance companies consider the BioMat a viable treatment option for pain as well as other musculoskeletal problems. The BioMat delivers the benefits of a Far Infrared sauna for a fraction of the price. The BioMat is a totally unique medical device producing Far Infrared (read more) as well as generating 6.8 microns of Medium “Human” Infrared. According to NASA research, Human Infrared normalizes a variety of important physiological functions, especially glandular functions. This Human Infrared feature of the BioMat makes it different from any other infrared device on the market. Far Infrared Rays Penetrate 80 times more deeply than other kinds of heat. Because of this, they can warm our bodies from the inside out, and stimulate our system

The BioMat also delivers Negative Ions, energizing the body for optimal health (read more). The Negative Ions delivered through the BioMat are delivered directly to the body through the skin’s surface via conduction. This greatly differs from the ambient air ions delivered through the popular negative ion generators used for air cleaning, which NASA reported only positively effecting 25% of people. The direct conduction of negative ions allows for an immediate response and change in the body’s electrical field for 100% of the people, whereby cell channels are activated for a rapid return to the body’s optimal physiological state. Negative Ions are the key to cellular communication and the metabolism of cellular waste. The Negative Ions also restore the blood’s pH balance for optimal health.

Enjoy the soothing Infrared Heat Rays and Negative Ion therapy recommended by Health Care professionals in the privacy of your home. The quantum energetics are cumulative and profound and benefit the body, mind and spirit. 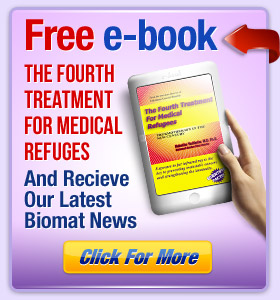